A Residential 6-Day Retreat with Immersive Processes For Learning and Deep Transformation that is held in exotic, beautiful and comfortable resorts around the world.
In the past these retreats have been held in Capadoccia, Turkey, Bali, Indonesia, Chiang Mai, Thailand, Jaipur, Delhi and Leh in India . 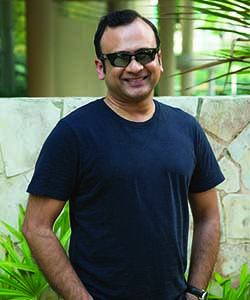 Why do sages meditate for days, weeks, months and even years on end, and not for just one hour daily?

Why does a complete physical detox often require your complete immersion in the program for some weeks/months and not just the temporary suspension of just one or two things from your daily diet?

Whats the difference between going for holistic treatment 3 times a week for an hour versus going to a health farm for a week?

Answer : Deep, permanent change. The way humans are made, prolonged, sustained inputs are often needed to bring about DEEP permanent change.When you make a deep change some part of your life becomes unrecognizable. It’s as if the TV was playing a soap opera for years and in an instant it starts playing a beautiful love story. Even you can’t believe the 180 degree turn around in what you thought was a permanent situation you were stuck in. It’s possible, it doesn’t have to take months, I’ve done it many times, many tappers have done it too. Have you? You CAN.

Many of Pankaj’s students have manifested grand results after advanced/Brain Surgery workshops and retreats. They had wanted these changes for years and had even manifested a few on their own. They got the results after sustained, expertly guided clearing of core issues with the scientific diagnosis and healing methods of The Pankaj Method under Pankaj’s guidance. No other extra effort was made by any of them. We do continuous, in-depth energy alignment at these programs, including but not limited to tapping.

Now you can attend a 6-day residential retreat in October and/or November to experience a grand shift in your life. It doesn’t matter if you’ve been tapping or not. All that matters is how badly you want a clear change in your life. This retreat is confirmed and happening. The number of seats is always limited in an intensive retreat like this.

A Retreater’s account : I am a 27 year old who was recently came out of a crippling life-long depression in less than 5 days. My life, since I was a child, was filled with despair, tv-watching and compulsive eating. Since May this year I have become an early riser, I work out at the gym regularly, and go to work daily!Till May this year, as far back as I can remember, I woke up everyday with a heavy head and back pain. I could only live an unhealthy lifestyle which took a toll on my health. I lived every moment filled with a lot of self-hatred. I was always completely hopeless about doing anything to change myself and always felt frustrated and depressed. I had lost the will to live as I was living a pointless life anyway.One of my young family members coaxed me to attend the retreat with Pankaj in Bali. I left for Bali with a glimmer of hope and no understanding about what I was in for. There, for the very first time, I was shown the real pain I had been carrying and under Pankaj’s guidance I was able to release these negative emotions which I had nurtured since childhood. I successfully released a deeply buried and very heavy core issue which was the cause of my suffering. I then understood how I had unknowingly created these unwanted experiences in my life and how to change them, almost instantly. This helped me find inner joy and happiness which I lacked. With that finding, love poured forth from within me like I had never felt before. I hugged my family members and fellow students there, dripping with joyous love!

It is September now and I haven’t woken up with any emotional or physical pain now for even a single day since May. I wake up fresh and motivated instead, eat a healthy diet and feel much better about myself. During this time I have attended other workshops with Pankaj and have found greater clarity and peace. I am looking forward to attending more advanced workshops with him soon.

Impressed with my 180 degree transformation my father, has now registered himself for the retreat Pankaj is conducting in October.

Yes, I changed my life completely in 5 days.
Thank you, Pankaj.
Anubhav